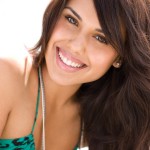 Going in to the film I had a mind free of all preconceived notions and was pleasantly surprised. While Post Grad was undeniably predictable, many scenes made up for the overall uninteresting plotline. Ryden Malby (Alexis Bledel) is forced back home to live with her eccentric family after her life basically crumbles. From early on she had her goals planned out, and upon graduating college she thought she was going to land a job at the hottest publication company in California. However when she realizes her life may not meet the pivotal reqirements as she hoped, Ryden is forced to come to terms with the fact that real happiness is “not just where you are in life, it’s who you’re with”.

While the script fits everything a typical romantic comedy is, what surprised me were the comedic performances by the supporting cast. Carol Burnett plays the crazy grandma everyone secretly wishes they had, and provides laugh after laugh between the static storyline gaps. Michael Keaton uncharacteristically brings a hilarity to every one of his scenes, including those intended to be more sentimental.  Overall the witty one-liners and jaw-dropping comedic bits provide redemption for the same old sappy love lost, love found romantic movie.

The cast’s chemistry pulls together a story we’ve all seen before but adds the one thing that can make or break a movie of it’s kind: believablility. We all know what it’s like to have a family that has an innate ability to embrass us, and it’s nice to be able to laugh at someone else’s compications no matter how different they may be than our own. Beneath the chuckles and kisses, Post Grad educates the audience in a life where love and family take precedence over materialistic successes. I give the film 2 ½ stars (out of 4). 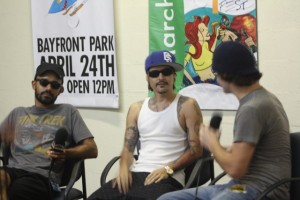 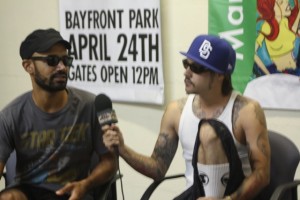 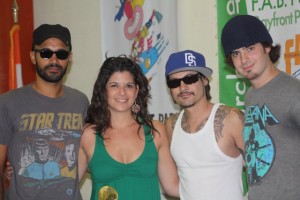 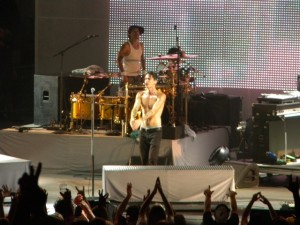 Tommy covered the Mayhem Festival and here are some of his pixs! 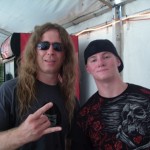 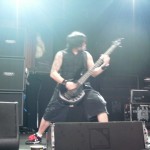 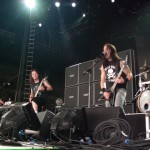 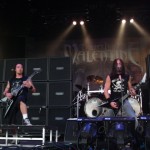 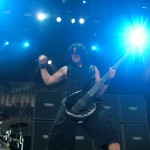 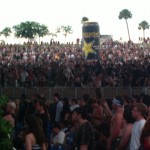 You can watch Tommy’s interviews here on LoonaticTV.com.

A Review by Alison Sikes

Bandslam is not a grand slam

It has all the makings of a perfect tweenage film: two Disney channel stars, one music-obsessed social outcast, a lot of angst and “indie” references, and “rockin’” musical numbers. The problem: we’ve seen it all before. Summit Entertainment’s Bandslam tells the story of Will Burton (Gaelan Connell), a misunderstood outsider who moves to Lodi, NJ and discovers that, unlike his old school, Martin Van Buren High’s students love music.

The school’s social ca lendar revolves around Bandslam, a talent competition where the winning band receives a professional recording contract. Through a random- never explained- encounter, once-popular-now-emo Charlotte Banks (Aly Michalka) asks Will to be her band’s manager and help them win Bandslam with his “awesome” indie music knowledge. Also thrown into the plotline is Will’s budding romance with semi-gothic and monotonic Sa5m (“the five is silent”) played by Vanessa Hudgens.

The failure in Bandslam lies in the fact that it cannot decide what type of film it wants to be. One minute it’s a comedy, then a musical, then a drama. While elements of these genres can be used successfully together, it’s an impossible feat when you have Vanessa Hudgens playing a pariah in the movie. As Sa5m, she proves yet again, that she cannot act nor sing nor be of any use. Additionally, newcomer Gaelan Connell lacks depth and likeability in his portrayal of Will. In fact, there is not one strong performance from the lead roles. Instead, the movie is saved by its supporting cast. Bandslam lacks the star power and talent to reach the top of the charts.