Once again the Festival will utilize multiple locations to highlight its exciting variety of talent. Acts will perform at the Fillmore Miami Beach at the Jackie Gleason Theatre, 1700 Washington Avenue; Colony Theater, 1040 Lincoln Road; and the unique BACKSTAGE at the Fillmore. The Lincoln Road Stage at Euclid Avenue will also serve as the home to the Festival’s outdoor, nightly, free comedy stage every evening from Thursday through Saturday at 9PM.
The Festival begins on Wednesday, April 17th, 8PM with Bill Burr at the Fillmore Miami Beach. Bill Burr is one of the top comedic voices of his generation achieving success in TV and film as well as the live stage. Selling out theaters internationally, Burr is a regular with Letterman, Conan O’Brien and Jimmy Fallon. His Monday Morning Podcast is one of the most downloaded comedy podcasts on iTunes. Tickets are $45.50 and $35.50.
Seth Meyers performs Thursday, April 18th, 8PM at the Fillmore Miami Beach. As the head writer and sole “Weekend Update” anchor on Saturday Night Live for the past 6 years, Meyers charms audiences as he lampoons top news stories and entertains fan favorite guests. Meyers won the Emmy for Outstanding Original Music and Lyrics for host Justin Timberlake’s musical monologue. He was nominated in same category in 2012 for host Jason Segel’s monologue song. Meyers has also garnered five additional Emmy nominations for his work as a writer on SNL and the 2011 special “The Real Women of SNL.” Tickets are $37.50.

Looking@Democracy Challenge
The Looking@Democracy challenge is offering a total of $100,000 in prize money for short, provocative media submissions designed to spark a national conversation about how we can all come together to strengthen American democracy. Create and send short digital media content that either tells a story about why government is important to our lives, or tells how we might together strengthen American democracy. Your submission can come in many formats such as short videos, audio stories, animation, music videos, public service announcements, infographics, graphic art, even Facebook and iPhone apps. They all just need to be digital so they can be shared electronically. More info here. Deadline: April 30, 2013. 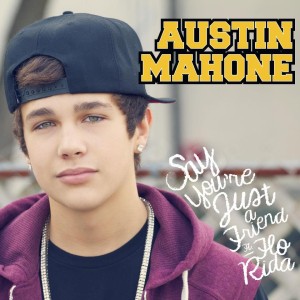 How to Write a Review for a Film, Play or T.V. Show 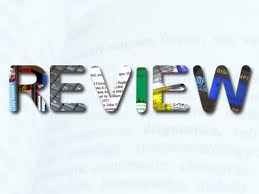 Introduction
The first sentences of your review should introduce the reader to what you will be writing about–something about the subject matter, some unusual aspect of the film, video or music and a hint of your overall opinion. You should not explain anything in detail because that’s what the rest of your review will accomplish. But you should try to write an appealing first sentence which makes the reader curious and anxious to read more.

Example: Want to watch something really clever on television? Tune in “The Simpsons”. This “typical” family cartoon drama makes fun of everything–parents, kids, neighbors, school, politics and even religion. But it always mocks things in a witty way.

Content
In a few words, summarize what the material is about. But do it BRIEFLY. What’s more important are your comments, thoughts and observations, that is, your analysis. Was the story fascinating? boring? predictable? Confusing? Clever? Always back up your opinion with an example from the subject.

Example: The “Price is Right” is a television show where contestants guess what the retail price of some object; and, they are even given some choices. The more the contestant acts like an idiot, the more the audience (and maybe you) loves it because that way they can scream out all their price suggestions in a chaotic fashion. Sometimes the befuddled contestant takes their advice and the love it. I don’t. It’s brainless entertainment.

Favorite Scene, song, video
Pick your favorite scene, segment or moment and give a clear explanation what makes it so special. Was it the action and the unusual way it was designed? Was there a surprise? Was the dialogue intriguing? Did you like a particular aspect of the event? Consider photography, music, special effects and directing if they played a major role in creating a special moment.

Favorite Musician Actor, Actress (or Character)or Song:
Which actor or actress gave the best performance? Which character was most appealing? Try to explain with facts or observations what made them so special. What did the actor do that was so different? Use an example from the program. Remember, often the best actors are NOT the stars but characters who do something memorable.

Example: If I could be an actress, I would model myself after Gillian Anderson and her role as Scully in “The X-Files”. Unlike a lot of female stars on television, she constantly demonstrates intelligence, independence and even strength. She’s a tough gal who will face up to any ghoul, monster or creep, matching her macho partner, Mulder.

Conclusion
Try to write something in conclusion that is distinctive, new and satisfying to the reader and you. It should be something that ties your ideas together from a fresh approach. Avoid tacking on some routine sentences which add nothing. Example: “I really enjoyed this movie a lot. It was very exciting and a lot of fun. I sure would like to see it again.” BOR-R-R-ING!
See if you can end your piece with a sizzling line.

Examples of “sizzlers”:
“Everyone should have devoted friends as portrayed in “Friends”.
“You’d better have a good friend with you when you watch the predictable “Friends” t.v. show. That way, you will have somebody to talk to when things get dull.
Include a photo or illustration and be sure to sign your name.

Title:
The title should be something that cleverly and creatively attracts the reader’s attention. It can also give a hint of your opinion. If you set it up write, it can tie in cleverly with something in your last concluding paragraph.