Florida has one of the largest populations of homeless children in the U.S.

All of them have birthdays.

Make your card suitable for any age or gender.  Make an awesome, birthday card for a child experiencing homelessness.

Send  us a picture of your card and we’ll share it.  You can earn community service hours by making cool cards for kids in need. 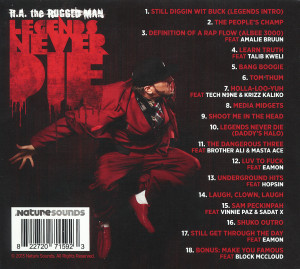 This past Saturday on July 27, 2013 at the South Florida Fairgrounds, A music festival called “ Vans Warped Tour” was held. This concert, which comes to South Florida every July, is the biggest music festival in the area next to the infamous “Ultra Music Festival.” Although the weather at one point seemed almost as if a category five hurricane struck, it would not stop these die-hard music fans from enjoying the music at this once a year event.

The many different genres of music attracted fans of all music types stemming from Rock to Dubstep to Rap. The concert lasted from 11Am-11Pm and most of these fans were there for all 12 hours. There were over 80 bands and musicians on 9 different stages including the main stage…the famous and renown Cruzan Amphitheater which holds 19,000 people alone.

Many of these music fans have waited all year for this day and surely got their share of fun as many were lined up to get autographs and take pictures with the musicians from each band. As opposed to all the other concerts I’ve been to, at this one I witnessed the most “ fan-friendly” musicians, and most of them went “crowd-surfing” and offered to take pictures with the fans as well. Since their are nine different stages, no person is strictly held to one band as they have a large variety of music to listen to. If they are not intrigued by one bands music they can simply walk to the next stage and see if they like that band a little more.

Many of the bands promoted the use of a “ mosh- pit” which is a style of dance where music fans push and slam into each other purposely. Many of the fans seemed to have the time of their lives as they were going wild in the middle of the mosh- pit. The peak of the night seemed to be “Crizzly” who was the last artist to play at the festival. Crizzly is a dubstep D.J from San Antonio Texas and is known for making dubstep remixes to the top songs out on the radio. Crizzly sure knows how to make any normal song a crazy party song. In conclusion, The Vans Warped Tour is the perfect music festival for music enthusiasts of all different genres.

The Vans Warped Tour, an 18 year old concert tour of varying types of music, came to Sunny South Florida on July 27th at the South Florida Fairgrounds in West Palm Beach. Thousands of music fans came out to see their favorite bands, with music from Punk Rock to Hip-Hop, and even some Electronic Dance music. Nearly 80 bands and musicians came to play for their South Florida fans, on 9 different stages, including the Cruzan Amphitheater. Although a few showers came and went, including one which required all fans to seek cover under the Amphitheater with pelting hail and constant lightning, the Warped Tour fans stayed loyal to their quest to hear their favorite music and stuck it through.

What’s unique about the Warped Tour is how, instead of only the fans having a deep love for their favorite artists, the artists show the love back. Many Warped Tour artists, before or after they perform, go out and walk around, talking to their fans, taking pictures, and even signing autographs. Also, because the Warped Tour has such a variety of music, it attracts people of all interests. It is one of the few places where you can have a stage of a Punk Rock band playing with just a few feet away from there is a Hip-Hop artists performing as well, which is why the Warped Tour is so popular among music fans. Rarely can you ever see Punk Rock fans with gauges and nose rings walk alongside rap fans with their shorts hanging low and tattoos on their face, both content with the music that is playing. Whatever you are in to, whether its “moshing” to Hard Rock, or “Fist-raising” to Rap, the Warped Tour has music for everyone.

Along with the music however, the Warped Tour is also infamous for being home to a portable shopping mall. In between the 9 stages, you can find dozens upon dozens of stands selling T-shirts, posters, and of course, the much needed bottled water to deal with the July heat. Overall, from the loud and energy-fueling music, to the bipolar South Florida weather, the Vans Warped Tour is the ultimate music festival for South Florida music fanatics.