This interview was done in his van with flashlights hence the low light and video quality. 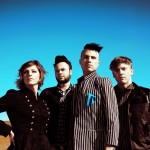 Recently, the United States Department of Justice confirmed the merger between two of the largest ticket retailers in the country, TicketMaster and Live Nation. For avid concert-goers like me, this is probably the worst decision ever made in the world of music. Is any good going to come out of it?

The world of government anti-trust issues dates all the way back to the mid-1800s, post-Civil War era, when corporate giants such as John D. Rockefeller and J.P. Morgan broke onto the scene with trusts and mega-corporations in the oil and banking industries. Fast-forward to 2010, and the predecessors for our anti-trust laws and governmental control over some companies sparked the beginning of this awful merger that victimizes fans across the country.

The merger clearly brings the two companies together and is now being called “Live Nation Entertainment, Inc.” to incorporate the titles of the two as well as to “reflect the combination of Live Nation’s concert promotion expertise with Ticketmaster’s world-class ticketing solutions and artist relationships,” according to the DOJ (whatever THAT means). The DOJ also states that “Through this merger, the parties believe that the combined company will have the tools to develop new products, expand access, improve transparency and deliver artists and fans more choice.  This will drive greater attendance at live events and bringing more value to all major constituents in the industry. The combined company also expects to pursue significant growth opportunities in markets around the world.” I rolled my eyes at the end of that statement.

As previously stated, I am an avid concert-goer. I attend at least three shows per year and sometimes the numbers increase, and ticket prices are already expensive to begin with, especially in the economic state that our nation is in. Throw all of the extra “service fees” and “processing charges” on top of a General Admission price and your $15.00 ticket shoots up to about twice of what it’s worth. I usually buy my tickets from Live Nation, and they charge the same fees, but the prices are usually not that bad compared to TicketMaster’s. Thus, TicketMaster merging with Live Nation is going to make the prices of tickets completely skyrocket into the clouds while simultaneously downsizing the amount of people that are going to spend their hard-earned money on tickets. TicketMaster’s so-called “ticketing solutions” are just ways to make people spend more money than they have to.

Also, how is this merger going to increase the attendance at shows? When I go to shows, they’re usually at smaller venues, such as Culture Room (Ft. Lauderdale) or Revolution Live (Ft. Lauderdale), and even then the venues don’t reach their maximum capacities. As a matter of fact, Culture Room receives more shows because they sell their tickets so cheap that it costs Revolution too much money to hold a show there. But, this merger won’t increase attendance, it’ll just decrease it, because no one has the money to go see their favorite artists anymore, and if they do go to shows then they will attend them at smaller venues that sell tickets for more affordable prices. The days of shows at sold-out arenas and theaters are far from over, and the times of shows at underground clubs or bars are ever-present.

Aside from the merger directly affecting fans, it also directly affects bands. From their perspective, the merger means less and less fans at shows since the price of renting venues is  constantly increasing and also because ticket sales are so low. According to Yahoo, artists and bands are not thrilled about this at all:

“Bruce Springsteen, already furious with Ticketmaster for directing fans to a subsidiary selling tickets for above-face value, recently posted a statement on his Web site saying a deal with Live Nation could end up ‘returning us to a near-monopoly situation in music ticketing.’”

Clearly, this merger poses hundreds of problems and it hasn’t made people very happy. America is supposed to be a democracy, which also means that mega-corporations cannot monopolize and break our anti-trust laws just to get more money to line their overstuffed pockets. With that said, although we as fans may not have a lot of power to do something about this, the only thing we can do is continue to support our artists and try not to let the merger get in the way of what we want as an audience—real live entertainment. 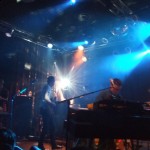 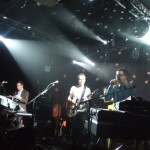