CONCERT REVIEW for A ROCKET TO THE MOON, MAYDAY PARADE, AND WE THE KINGS at the House of Blues, Chicago

A Rocket to the Moon, an alternative band, wedged right in the middle of the concert lineup, delivered a time of hype and rocking out. They  were simply phenomenal. With catchy lyrics and beats, the House of Blues was full of smiling faces and bouncing feet. Lead singer, Nick Santino had a genuine smile upon his face as he sung his heart out and as the entire band never failed to rock out completely. The crowd enjoyed the happiness that emanated from the music, tapping their feet and clapping their hands. I couldn’t help but smile constantly.  A Rocket to the Moon delivered the kind of show that gives the unfamiliar audience a reason to go home and search their songs on the web and really give the songs a listen. They are obviously a band to know.

Mayday Parade stuck true to its rock out rage and had the House up off their feet. The energy was incredible as Mayday Parade shot out song after song with barely any breaks in between. It was a continuous flow of rocking.  Bassist Jeremy Lenzo and electric guitarist Brooks Betts never failed to run across the stage, stepping up onto equipment to play to the crowd. Lead singer, Alex Garcia, sung to the point of exhaustion. Even when it seemed as though he could not go any longer, he shouted out his lyrics and kept the energy flowing. Exhaustion was not an issue; no one wanted to stop. Jumping and rocking out to Mayday Parade was incredibly exhausting — but of course, that’s what we spend our good money for!

We the Kings was obviously a crowd favorite, as people escalated from moshing to crowd surfing by the second. Travis Clark made sure to connect with the audience by telling stories about the songs before rocking out to them. He really had the audience connecting with every song, especially the old favorites. The band delivered beautifully for the audience. At one point, Clark told the story of the “gang sign” of We the Kings which really displayed a connection to everyone out there. It was as if We the Kings‘ personality was evident on stage which is always so much more interesting. It also made the crowd become more in tune with the vibe of the band as they continued to rock out endlessly. Even the soulful, slower-tempo song was sung with complete honesty and shown on heart-wearing sleeves. The progression of the playlist was very well thought out and effective. The crowd escalated into a  frenzy and could not stop begging for more. By the last song, the pit had to be filled with bouncers who carried screaming and sweating fans off the crowd’s hands and back to the floor. When Travis Clark leaned into the crowd, the crowd went in a frenzy, trying and hoping to reach and rub Clark’s signature long, red locks. The concert ended in a cry for more;  absolutely no one wanted to leave.

REVIEW FOR ALBUM A ROCKET TO THE MOON’S NEWEST RELEASE, “ON YOUR SIDE”   by Rebecca Kay

On Your Side is the newest album out by the alternative group called A Rocket to the Moon. This band is quite talented in with creating, stuck in your head lyrics that match upbeat melodies.  From the first listen, I felt upbeat and songs that assured me that life would be good – no matter what.  Many of the songs might sound similar to the first released single, Mr. Right, however it’s no mystery to see why fans love Mr. Right. It’s catchy and I think most people will relate to these songs. Most of the songs center around subjects of love. However, every song has a specific message that never feels overdone.

I especially enjoyed the song Annabelle, because it shows that this is a band of ‘real guys’ – not superficial guys  searching solely for good looks or a good time, but rather sincere guys hoping to find a genuine girl. A Rocket to the Moon’s personality seems to resonate throughout their music and lyrics – lyrics which are written by the band. In each song, I could feel lead singer and guitarist, Nick Santino, pouring out his heart. I was drawn in by the passion within each of his heart-felt lyrics.

A Rocket to the Moon produces their own, very unique sound, which is not something many bands these days can claim. They are definitely not a band that has to rely on sound effects or gimmicks.  Instead, ARTTM puts forth genuine talent, hard work, honest lyrics, enjoyable melodies – all backed up with deeply- felt passion. Also, since having the real pleasure of experiencing their live show in Chicago at the House of Blues, I can vouch for the fact that A Rocket to the Moon is a  band that backs up their album with a beautifully performed and rocked-out live show.  I would highly suggest you give their new release a listen and by all means, catch them live if you can.

Four words: MOTION. CITY. IS. BACK. Their first single off of the new album “My Dinosaur Life” is “Disappear,” and upbeat and catchy song that’s fast-paced and will get you ready to dance. The chorus is completely sing-along worthy, the transitions are smooth and clear, and the song will undoubtedly be stuck in your head for days.

The video tells the story of a curious and explorative young boy that lives in the woods and who has an imaginary friend, as shown by a panda mask that he has and wears. One night, as he’s talking to his “friend,” he hears a noise outside, and when he looks out the window, he sees a disfigured faceless man that starts jerking around. I’m not going to lie, it was pretty creepy, and throughout the video he pops up EVERYWHERE. The boy and his family then leave their home and run through the woods trying to escape the horror of this freakishly disturbing, yet random, guy. During their escape, the boy loses his family, thus “disappearing” from their sight.

The director of the video made good use of panning back and forth from the action of the story to the band and its members, also efficiently using effects to highlight the use of guitar and especially the drum cymbals. The effects add to the intensity of the song and the overall feeling of the video. 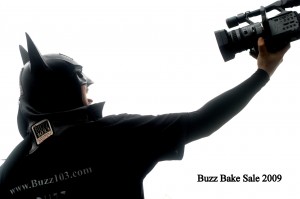 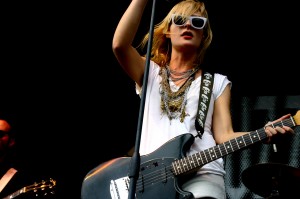 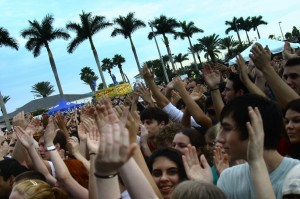 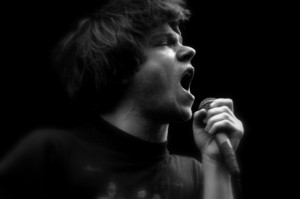 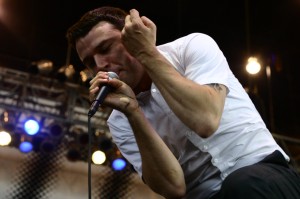 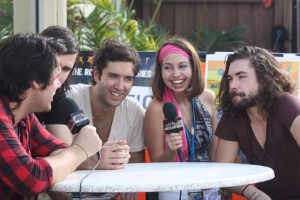 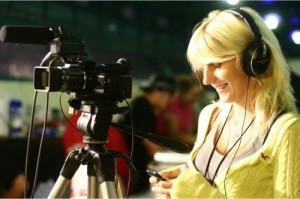 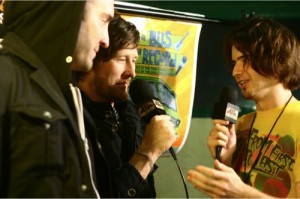