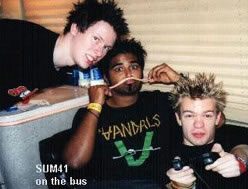 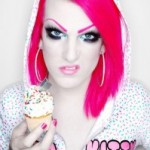 Check out Brittany’s interview with Jeffree Star here! Check out the on demand page for The Rock Star Stories to see the interview.

Live Nation announced today that all lawn tickets will be sold at an all-in price of $24.99  – no extra fees – as this week’s installment of “No Service Fee Wednesday.” The special offer, which is for all lawn tickets at Live Nation ticketed amphitheatres, runs for 24 hours beginning on Wednesday, June 17 only at LiveNation.com. This includes all Festival Lawn tickets at the Cruzan and Bayfront Park Amphitheatres in South Florida.

“I read the blogs and emails listening to what concert fans are saying.  They’ve been really clear, they want a break on ticket prices in these tough economic times,” said Michael Rapino, President and Chief Executive Officer of Live Nation. For this Wednesday one all-in ticket price for all lawn tickets – only $24.99 with no additional fees of any kind.”

These all-in lawn tickets are available only through Livenation.com at Live Nation ticketed amphitheatres in the U.S. and Canada including the Cruzan and Bayfront Park Amphitheatres in South Florida and for concerts including but not limited to: