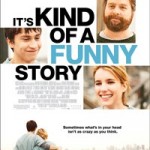 DATES and LOCATIONS: all screenings are at 7:30 PM.

GET YOUR FREE TICKETS HERE

Upon first glance of “School Gyrls”, I thought “Dear God, spare me the agony of yet another wannabe girl group.” My thoughts were semi-correct.

I’m not going to lie, the beats in this song are really, really good. But, the vocals are somewhat of overkill. It doesn’t really sound like singing, but more like whining. Also, the random guy trying to sound like Lil Jon and screaming in the background doesn’t make it any better. Plus, the lyrics aren’t anything special. The entire song is about going to a party and dancing. Nothing out of the ordinary.

Honestly, this group sounds like Ke$ha, but worse (considering that I actually like Ke$ha). They can’t really sing, and the whole “cutesy” schoolgirl image has to go. Stop trying to gain a fan base by dressing like you’re half-naked in provocative outfits and singing like the Cheetah Girls. It’s not going to work.