Teenagers may want to consider just volunteering this summer; recent research suggests that the job market for the 16- to 19-year-old crowd could be the tightest since the 1950s.

As discretionary spending plunges, the retail and restaurant jobs that are typically filled by teens are being eliminated, according to Challenger. Even the number of internships and lifeguard positions is thinning as teens compete with a larger pool of more experienced applicants who are desperate for jobs and willing to take a pay cut.

As a result, out-of-work teens are less likely to spend their summers dropping money on clothes, music or entertainment, especially because their cash-strapped parents are now less inclined to give handouts.

Teen employment has been declining for several years already. Between May and July 2008, 1.2 million teens joined the workforce, compared with the 1.6 million who found jobs in the summer of 2007, according to the Bureau of Labor Statistics.

As of March 31, 4.7 million teens were employed, compared with the 5.3 million working at that point last year. Granted, fewer teens have been looking for work in recent years. In 2006, 44% were searching or working, down from 52% in June 2000.

VH1 and Sean P. Diddy Combs are now accepting resumes for potential candidates to compete for the position of P.Diddy’s Personal Assistant on the reality TV show, “I WANT TO WORK FOR DIDDY 2.” Diddy will once again hold a nationwide search for an Assistant with the mental and physical stamina it takes to work for one of the world’s most high profile CEOs. If you think you have what it takes to be P.Diddy’s Assistant, then we want to hear from you.

Applicants must be 21 or older by June 2009. Must have a “WHATEVER IT TAKES” attitude. You’ll need a big personality to stand out amongst the other candidates. You must be available and on-call 24/7. You must be able to cater to the BAD BOY Chairman of the Board, P.Diddy. Characters welcome.

In order to submit yourself as a potential cast member please go to www.workforpdiddy.com. 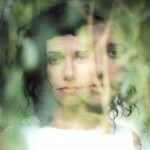 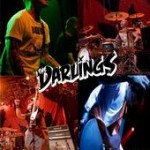 the Darlings’ review by Sami Ponoroff
If you’re into alternative or punk-rock do not hesitate to buy the Darling’s self-titled EP. Drawing inspiration from the times of Nirvana, the CD is jam-packed with whole-hearted, head-banging, pure energy.
Seeing no need for an introduction, the Darlings begin their CD with ‘Captivated,’ a song so upbeat it thrusts the thoughts of mosh pits and head banging into the listeners’ mind. Each song sounds nothing like the others, forcing you to wonder–what will the Darlings do next?
As they make their way into the music scene, the Darlings leave a positive and lasting impression on the people who matter the most–their fans. These die hard fans, tens-of-thousands on the band’s personal myspace page, have truly shown their support. You can check them out at www.myspace.com/thedarlings, or buy their self-titled EP on iTunes.