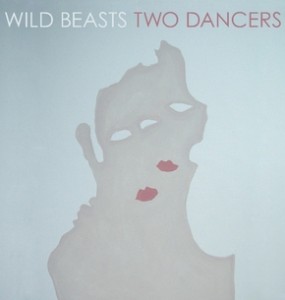 Remember when you used to try and speak underwater when you were younger? Straight out of the United Kingdom, Wild Beasts’s new video “Hooting and Howling” is reminiscent of just that. With somewhat repetitive lyrics, their new song features the lead singer with an angelic voice similar to that of Tom Yorke’s from Radiohead. Although the video is beautifully crafted with close-ups of the individual band members playing instruments underwater, the song does not match the video in complexity. Angelic, yet almost moanlike voices are characteristic of this band, which is currently touring Europe. If you’re into techno-indie, this band is for you. However, I think their song “Two Dancers” is superior to this, although a bit too commercial.
Visual: 9/10
Audio: 5/10
Band Grade: B (due to a lack of info on their MySpace page). 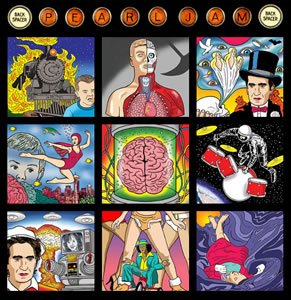 The legendary Pearl Jam is at it again with their new album Backspacer. The video for this song features the quintet in their natural habitat – a concert stage. Surprisingly, it was not a cliche “live performance” video as many contemporary Music Videos are, but instead had very appealing visual effects. As much as I would desire to equate this with other Pearl Jam hits such as “Comatose”, “Alive” or even “Jeremy”, “The Fixer” is just another typical rock song – and I frankly expect a little more out of a band as renown as Pearl Jam. This band falls under the wonderful classification made by the sick boy in the feature film Trainspotting. He says “Well, at one time, you’ve got it, and then you lose it, and it’s gone forever. All walks of life: George Best, for example. Had it, lost it. Or David Bowie, or Lou Reed.” He might as well have just added Pearl Jam to that list.
Visual: 8/10
Audio: 6/10
Band Grade: A – (only because its Pearl Jam). 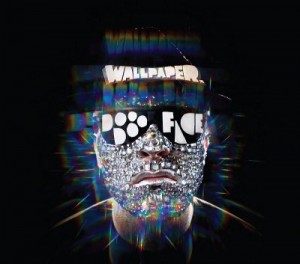 Doodoo Face LP
“I Got Soul, I’m So Wasted”

The complete antithesis of the Killers’ song “I’ve Got Soul, But I’m Not a Soldier” is definitely Wallpaper’s similarly titled video “I Got Soul, I’m So Wasted.” Not only does it parallel the feel of a good party song, but the video makes you feel part of the action – just like the Bacardi Limon commercial featuring Matt and Kim. My only prior knowledge of Wallpaper was of his remix of “Combination Pizza Hut and Taco Bell” arguably a disturbing parody, but entertaining nonetheless. Out of the videos I’ve recently seen, this has been the most impressing. And, from a photographer’s standpoint, the lighting and background detail a typical party scene. The video focuses on him the whole time which is analogous to Justice’s colorful and surprisingly similar D.A.N.C.E. video. Either way, I commend Wallpaper on a fabulous song and video and highly recommend that you check out the comparisons I made, because, frankly, who doesn’t enjoy a good party song (even if it’s BEP’s “Tonight’s Gonna Be a Good Night” or Lady Gaga’s “Just Dance”)?
Visual: 10/10
Audio: 9/10
Band/Artist: A (he’s an upcoming artist featured on Pitchfork, Current, and his LP album comes out on September 22, 2009) 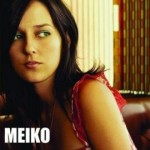 The song and video is typical Meiko: indie vocals and soft instrumentals. I like it, because of its stylistic elements and because Meiko is establishing herself (especially after her big hit “Boys with Girlfriends”). The only problem is that it just doesn’t stand out. 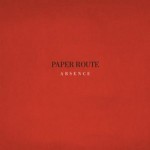 With high contrast light and a despairing environment, this video stands out from most typical rock/indie/electronica bands. If you enjoy Death Cab for Cutie’s “I Will Possess Your Heart,” (possibly the only good song on their album, but I digress), then this video will appeal to you. As a band, they are so stylistically diverse (as opposed to Meiko) which really will boost their fan base. They just played in South Florida on the 16th of September, and I’m upset that I’m missed them. However, I can’t wait to see more of them. 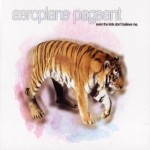 I’m a softie for psychedelic indie music, so this band excites something within me. They’re been reviewed by big names (Pitchfork, The Post) but also have some strange reviews on their site (www.therollingstone.org?, and LMNOP.com); they also have really harmonic melodies and a unique – to say the least – video. My only issue, and the reason why it doesn’t get a full review, is that the subtitles on the video completely wreck the ambiance and message of the song. The video alone reminds me of those weird cartoons I used to watch when I was younger, like Salad Fingers and Old Gregg, but that’s not necessarily a good thing.

Diana’s mini-auto-bio
I wish I could say that I’ve always had a knack for analyzing musical elements or being able to determine pitches and chords, but I can’t. Instead, I’ve worked hard, researched, and listened to quite a variety of songs in order to build a foundation of knowledge which I have based my judgments upon. Luckily, I have been blessed with the skill of cross-examining, finding counter-examples and pointing out songs which are analogous to those which I’m reviewing. You can check out my upcoming vlogs soon. In the meantime, explore all of The Rock Star Stories that you can!
Diana Ciuca