As the doors opened at 6:00, South Floridians started entering the stadium to see the Y100 Jingle Ball.  When it was about a half hour until show time, fans were in their seats apprehensive to see the first performance.  At 7:00, the show kicked off with American singer Demi Lovato.  The crowd roared as she stepped onto the stage and sang one of her most popular songs, Skyscraper, which debuted on Billboard 100, a ranking of songs based on Billboard magazine, in the top ten.  She released her third studio album on September 20, 2011, titled Unbroken, which has made her very popular in the recent months.

Next, an American pop music duo appeared towards the back of the stadium, called Karmin.  They performed their unique cover of “Look At Me Now,” which was originally recorded by hip-hop artist Chris Brown.  Nick Noonan played the resounding chords on the keyboard in this song while Amy Heidemann sang the vocals.

Then, Foster the People took the stage and the crowd went nuts.  The pop band is composed of lead singer Mark Foster, drummer Mark Pontius, and bassist Mark Pontius.  They made sure to play their hit song “Pumped Up For Kicks,” which is on their debut album Torches, which was released in May 2011.  This song hit number three on the Billboard Hot 100.

Cody Simpson came on next, appearing in the back with the spotlight on him.  He is only 14 years old, yet he is an up and coming Australian pop singer.  He has a great voice and sings along with his acoustic guitar.

Gym Class Heroes was the next act and they lived up to the expectations.  They came out with their old classic song, “Cupid’s Chokehold,” from their album As Cruel As Children, which they released in 2006.  There is a story behind their group name, as lead singer Travie McCoy and drummer Matt McGinley met and became friends at their high school’s gym class in ninth grade in Geneva, New York.  They came to be in 1997.  Travie McCoy also has a bit of solo career, as he performed his single “Billionaire” which he recorded with Bruno Mars.  They finally played their latest hit song, “Stereo Hearts,” which is off their album The Papercut Chronicles II.  Adam Levine from Maroon 5 helped to record that song, and it hit #4 on the Billboard 100.

Canadian pop singer Avril Lavigne was next to perform.  Bringing back memories for every teenager in the building, she played her song “Sk8er Boi,” which comes from her debut album Let Go which was released in 2002.  While she played her song “Girlfriend,” she was dancing all over the stage ad made the mood very energetic in the building.  The Script, which we had previously interviewed over the phone, was the next act.  They are a band from Ireland.  Our interview about them can be seen here: http://www.sweptawaytv.com/index.php/2011/09/the-script-interview/.  They ended with “For the First Time,” and really got the crowd into it as they sang the chorus in sync with the crowd.

An American band formed in New York City called Cobra Starship came on next in the back of the crowd.  They are composed of lead singer Gabe Saporta, guitar Ryland Blackinton, bassist Alex Suarez, drummer Nate Novarro, and keytarist Victoria Asher.  They made sure to play their hit song “You Make Me Feel…” off their album Night Shades, and Asher got the crowd “La La La”ing with the chorus of the song. ***Ryland and Alex are Boca Raton natives and graduated from Olympic Hts High School.

Next was Kelly Clarkson, an American pop singer who came onto the scene in 2002, when she won American Idol in its debut season.  She has always been well known but she recently has been popular after releasing her fifth studio album Stronger in October of 2011.  She sang “Mr. Know It All,” which is her first single off the album.  In the background on the screen during the song, criticisms of Kelly Clarkson came on in a montage, one of them saying “Kelly Clarkson is fat.”

The highly anticipated LMFAO came on next, with the people of Y100 saying they did all their previous shows to warm up for this one.  The crowd exploded into screams, and LMFAO came out opening with “Sorry for Party Rocking.” They are an electric pop duo consisting of Redfoo and SkyBlu, who is Redfoo’s nephew. LMFAO is known for their dance moves, and when they ended with their hit song “Sexy and I Know It,” they made sure to “shuffle” and “wiggle” the whole time.  The crowd knew the lyrics to all their songs and made sure to sing along and dance.

Known as the world’s best DJ, David Guetta came out next and got a loud cheer from the audience.  He is a French house music producer and DJ, and is popular all across the world, especially in Europe.  He made sure to mention that Miami always played his records back when he was not as popular, while the rest of America played house music from other artists.  He got the crowd dancing and moving with his rhythms and beats off of his fifth studio album, Nothing But the Beat, which came out in August of 2011.  His performance included many unique designs lighting up the screens in the background.  Flo Rida made an unexpected appearance, and performed in David Guetta’s song “Where Them Girls At,” which also features female sensation Nicki Minaj.

Flo Rida loves to interact with the crowd, as he came out on someones shoulders touching the crowd’s hands.  Lastly, known as Mr. 305 as he is from Miami, Pitbull came out in his standard suit, tie, and sunglasses.  The crowd loved him and sang with him in every song.  He made sure to play hits from his latest album, Planet Pit, which was released in June of 2011.  Songs that he sang from this album included “Hey Baby (Drop it to the Floor),” which he produced with T-Pain, and “Give Me Everything,” which features Ne-Yo, Afrojack, and Nayer.

The show was then over after Pitbull performed “Hotel Room Service,” which hit #9 on the Billboard 100, and all the fans got what they wanted hearing today’s hit songs live.  Overall, the Y100 Jingle Ball was a spectacular show. 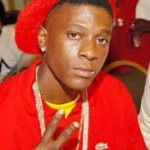 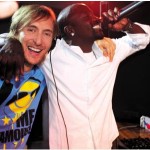