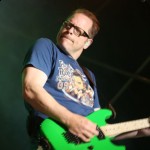 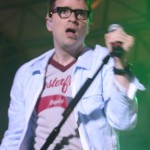 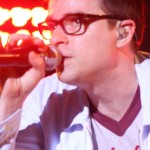 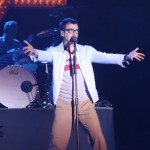 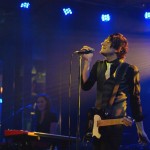 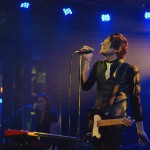 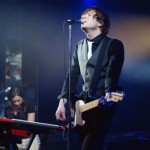 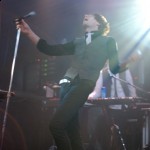 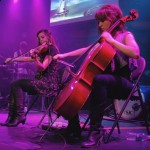 Have you ever wanted to time travel? Strap your shoes on and just dance upon the decades? Bask in the radiance of the times, and live throughout the history of music; the psychedelic sixties, the groovy seventies, or even immerse in the glamorous groove of dance beats in the 80s. The Disco Biscuits make that dream a reality in their 5th studio album, Planet Anthem.
The album begins with “Loose Change,” a track that effortlessly epitomizes their style and sets the stage for a good listen. Though slightly cliche in lyrics, repeating “money is the root of all evil,” unique cries of techno emerge through the enchanting, echoing melodies. It feels like a spin off an 80s dance mix, mirroring styles of Depeche Mode.
“On Time” proves that one can be upbeat and insightful. The refreshing, metaphoric lyrics upload the listener into a digital world where women are computers, and oh so irresistible. The blending of pop, hip-hop, and dance with electronic undertones is masterfully done. The lyrics are hypnotic and intriguing, in this riveting song.
In their third track, “Widgets,” the Disco Biscuits bravely deviate from their usual “party jam” tempo and wander into a world of passion; the finger-picking of a classical guitar is inviting and foreboding. “I’m on the outside looking in” at a tantalizing track.

The Disco Biscuits have a tremendous way of transitioning between various styles while remaining true to themselves, and sounding natural. “You and I” is a song of heavier rock with a 70s punk influence. In a flash, the song shows hip-hop beats and visions of break dancers dance in my head. Just when you think there aren’t any more changes, they provide us with a trance-like hook. Magical!

“Konkrete” accentuates the Disco Biscuits’ eccentric, artsy side. The cool, jazzy intro captures the listener, while the lyrics and sound effects are eerie and haunting. “Uber Glue” puts a spotlight on their instrumental side. The light drum taps are lively and there are little words, allowing for free interpretation.
“Rain Song” is unique in that it has an Asian sound, of mystery and suspense. The woman’s voice is beautiful and adds to their versatility. In “Fish Out of Water,” the Disco Biscuits share their wildest thoughts. One can see into the their electronic dreams. This track reminds me of a 70s jam. The guitar solo gives one goose-bumps as the piano plays away. “Gonna make a rebel out of me.”

From the Disco Biscuits’ songs, one can hear their passion and creativity. We all knew they had soulful rhymes, but in “Sweatbox,” that there is rapping! This is just another way they are unique. They are the pop art of music; they are refreshing in their mixing of old and new sounds.
The track “The City” is a toe-tapping song with more of a story-telling style. He speaks in rhythm with a rock background, infusing chants and trumpets, with lyrics that capture the listener. It is a song of hopes, “sitting on a mountaintop”, gazing below at the city. It is a song of contemplative matter over nature, people, and of course, the safety and familiarity of “the city.”
In “Big Wrecking Ball,” I can imagine a band like Weezer, rocking out to the upbeat, guitar-heavy rhythms. This song shows their fun, alternative side. In the closing track, “Vacation,” the Disco Biscuits, once again, fuse together differing styles successfully. It is slow, eerie, and distinguished. The lyrics are thoughtful, “don’t wait everyday my love .” The Disco Biscuits cleverly mix upbeat, catchy beats, with passionate, heartfelt lyrics.

The Disco Biscuits are truly unique, passionate, slightly quirky, and random. This seemingly clashing combination works brilliantly for them. With tasteful lyrics and a wide array of sounds, they create a medley of enjoyable tunes. Soaring through the times, they have collected the best music inspiration and have combined all of the styles into an album that showcases their eccentric ways; they have rap, electronic, rock, jazz, pop and more! Providing inspiration for future bands to come, the Disco Biscuits take creativity and uniqueness to an entire new level, even that of another planet! 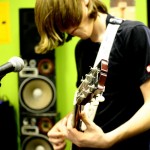 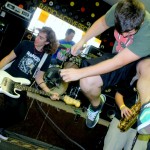 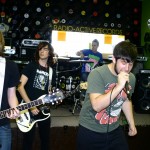