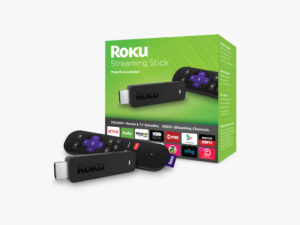 Twin Atlantic is a band not many are familiar with in the US; but in Europe, specifically the United Kingdom, Twin Atlantic is a band many enjoy listening to. Twin Atlantic is an Alternative Rock band from Glasgow, that was formed in 2007. Some of their previous top hits include What is Light, Where is Laughter? and Human After All. Twin Atlantic is a band unlike others, in that the music is from the heart and is about what the members truly believe in. The album Free which includes some fan favorites such as Free and We Want Better, Man is an album with many types of songs. The album gives listeners a little of everything, with love and relationship songs, party songs with a party vibe, some old fashioned alternative rock songs, and even some pop songs too. The music can give listeners the chills while hearing the work on Free. Its not often that you find music like this, which is music that is based on a true emotional honesty. That, makes listening to the music on Free an even better experience. I recommend the album to any Alternative or Rock fan, because this will be a new favorite for you. Even if you are not an Alternative or Rock fan, I still recommend you listen to Free, because this is the kind of music that can be enjoyed by everyone.

Graffiti Spray Can 2 was released for the iPad this weekend with new tools and features requested by users and developed by graffiti artists at Elite Gudz.
“We’ve added different caps, drips, a new interface, and a lot of other elements the fans asked for,” says a spokesperson from Elite Gudz. The studio read through user comments on the first Graffiti Spray Can, which has been #1 on iTunes in Entertainment and Free Apps, and added many requested features to the new iPad version.  “With Graffiti Spray Can 2, the only limit is your imagination.”

* 5 New Tips/Brushes – Including Drips! * Classic Shake Animations and Rattle Sounds updated in HD * Easy to use color wheel with millions of choices * Full Featured Music Player with 3 FREE tracks * Enhanced Touch-Screen Interaction * All New HD Backgrounds to choose from * Variable Cap/Brush size from fine to thick * Save and Share through Facebook, Twitter & Email

Updates to Graffiti Spray Can 2 will include new backgrounds, hand-made text fonts, stencils, new music, and artist packs from famous graffiti artists from around the world.

Graffiti Spray Can 2 is free for the iPad. A version for iPhone and iPod touch is in development and will be out later this year.