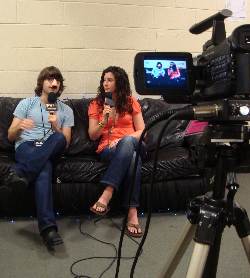 Congrats to all the winners at FSPA (Florida Scholastic Press Association) District 7 today!  It was great to meet everyone and we hope you stick around and become part of our crew.

Congrats to Brittany who won first place for her PSA on Freedom of Speech and Voting!