CNN says the site’s not the problem, the disconnection from real life is.

“If you’re staying up late at night because you’re on Facebook, and you’re tired the next day, Facebook may be a compulsion for you,” Lipari said. “You shouldn’t be neglecting yourself because of Facebook.”

2. You spend more than an hour a day on Facebook

Paula Pile, says it’s hard to pinpoint exactly how much is too much time to be spending on social networking. Pile is a therapist specializing in individual, group and couple therapy.

“I can’t imagine that anyone would need more than an hour a day on Facebook, and probably no one needs more than 30 minutes,” she said.

3. You become obsessed with old boyfriends or girlfriends.

Reconnecting with old friends is one of the great attractions of Facebook, and there’s nothing necessarily wrong with “friending” an old boyfriend or girlfriend.  Watch where it leads however.  Stalking is not cool for anyone involved. 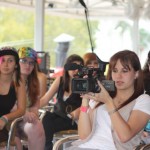