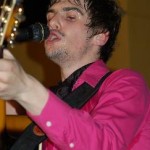 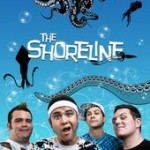 New feature is our Sonicbids Weekly All Stars updated by Sammi.  This week is

The Shoreline.   Check them out!